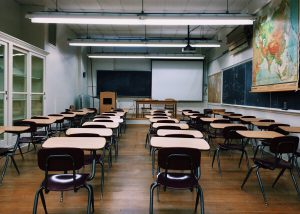 Who wouldn’t love to live in sunny L.A.? The beach, the movie stars, the extremely crowded schools, poor school maintenance, and incompetent administration…Actually, a significant number of the district’s schools do not possess such conditions, despite the reputation of Los Angeles Schools.

There really are many good things about Los Angeles Schools. First of all, former Superintendent Roy Romer is staying involved by heading up “Ed in ‘08”, a project of Strong American Schools. Partly funded by the Bill and Melinda Gates Foundation, “Ed in ‘08” has a platform based on higher standards, more effective teaching, and extra attention to students who need it. The campaign hopes to inspire voters to force presidential candidates from both parties to make education the top priority and to take up its agenda. The project is in good hands with Romer who, during his 6-year stint as the Los Angeles Schools Superintendent, helped to open two new high schools in 2005, four in 2006, and set plans in motion for over 160 schools to be constructed, expanded, or completely refurbished by 2012.

The El Camino Real High School Academic Decathlon team in Woodland Hills is another star feature of Los Angeles Schools. This year’s championship took place in Honolulu, HI. Despite amazing beauty and nearly limitless opportunities for fun, the representatives of Los Angeles Schools devote most of their time to pre-competition cramming. It all paid off, for these students took the top prize, and earned glory for themselves, their school, and all the Los Angeles Schools they represent.

Within the past 6 years, the Los Angeles Schools district has built more new schools than in the previous 60 years but also suffered a dropout rate that may be as high as 50%. In response, meet another Los Angeles Schools star, Jacob Levin. Jacob is a senior at North Hollywood High School, who argues that “school districts [are] hamstrung from providing better student services by a federal government that underfunds education.” Levin adds, “You can’t expect to have an education system that works if you don’t give kids the money they need to be able to get to college.”

Another star in the Los Angeles Schools district is the recent and highly significant state allocations to the Visual and Performing Arts education. Nearly $47 million will go to the Los Angeles Schools and is earmarked for dance, music, theatre, and visual arts instruction. The funding comes from two sources. One is a grant of $28 million that will be given to individual Los Angeles Schools. This works out to approximately $50 per student. The current allocation is about $8 per student. Grant money may only be used for materials, supplies, and teacher training. Schools cannot upgrade facilities or hire new instructors. The second funding source ($11.3 million) will be dispersed through the Los Angeles Schools Arts Education Branch. Parents who want to influence how their school uses its Arts money need to be vocal and get involved. The money is there; now all that needs to be done is to spend it wisely.

The Los Angeles Schools district is huge; it is the largest public school system in California and the second-largest in the nation. It serves over 710,000 students and has over 74,000 employees. The Student Handbook is available in 7 different languages: English, Spanish, Korean, Armenian, Chinese, Russian, and Vietnamese. With its size and diversity, it’s no wonder that Los Angeles Schools have all these stars!